Showing posts from January, 2011
Show all

January 24, 2011
Ever since I moved out of the college dormitory after my freshman year, I have been living with Thai roommates. Every semester, a new student or two comes from Thailand and end up staying with their seniors who happen to be my roommates. So this semester as well, two students named Sanya and Sonthi came to pursue masters degree here at Florida Institute of Technology. Like all my previous roommates are (except one), they are both in Thai Army, Lieutenant and Captain respectively. They work as lecturer in the Military Academy in Thailand. Generally Thai people are known for their friendliness, so I am not surprised to see them being nice to me all the time. In fact, I should say I am so glad to have them as my roommates. While they are all equally entertaining and inquisitive, Sanya, in particular, is very outgoing and talkative. Although they face hard time communicating in English, he talks nonstop to their friend's hysterical laughs. One thing I noticed about all my Thai roomma
4 comments
Read more 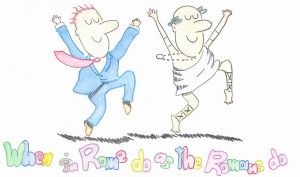 It says it all. Photo Source: Google Images For those of you who visited my blog, and particularly read the article titled “Dinner with Linda Mom” would have no problem understanding what I will be talking in the paragraphs that follow. But for those who are new, I will try to refresh and walkthrough a bit. Last month, I with three of my friends (all international) went to have dinner with Ms. Linda. She is one of the hosts who help acquaint international students with American life-styles, and cultures. No doubt, they are doing a commendable job helping we the international students who are away from home, and feel home sick time to time. So today’s article has connection to that dinner conversation. As we are all international students, Ms. Linda seemed very curious to learn about our cultures and tradition, to which we in rotation shared about our unique cultures and traditions alike. But she had one very particular incidence, which interested her the most, and needed our cl
Post a Comment
Read more 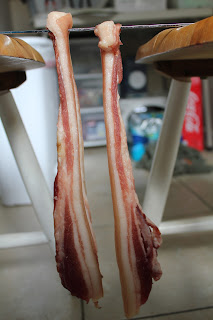 The whole World has seen and welcomed the NEW YEAR 2011, already. Champagne toasts have been made, wishes have been exchanged, resolutions have been set, kisses have been planted, so on and on. Those are typical visible scenes everywhere as people eagerly wait for the final ‘count down’. 'Sikkam'-Dried Pork! But not quite yet done for Bhutanese people! This is because only today marks the official new year, according to the Bhutanese Buddhist Calendar. It is known as LOSAR , or to be specific ‘ Chu Nyi Pai Losar’ . The day is declared a national holiday, and it is a festive day. Family members gather, wish for the successful years, and throw a grand party. While elderly people settle over some dosage of locally brewed alcohol called ' Ara ' and ' Banchan g', after the lunch, men normally engage in playing some games like Archery, Khuru (darts), Dego, etc, as their female counterparts engage in dances and merry-making. The day is particularly significant in
2 comments
Read more
More posts